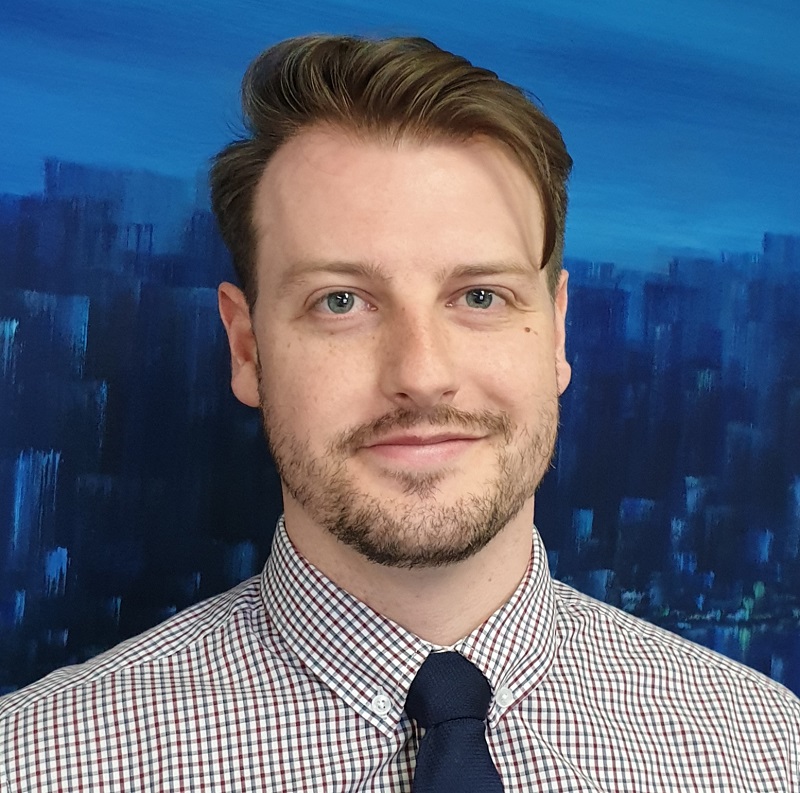 There are a lot of stereotypes out there when it comes to engineers. Some of the most common are that they’re geeky, love maths and lack soft skills and creativity. However, it’s fair to say this is pretty unfair.

While engineering may sound dry, it can be very interesting and satisfying work and a great career choice for those who enjoy complex problem solving. It also offers a lot of variety when it comes to roles and industries.

In this latest Q&A, we spoke to Steve Adamthwaite, recently appointed Wastewater Treatment Planning Engineer at Hunter Water, to find out more about what engineers and a career in engineering are really like.

Tell us about your career path to date?

I started out as an undergrad in mining, and then did some work in construction and project management while I was at Newcastle Uni part-time.

After I finished, I worked in research for the Uni then swapped over to industry a couple of years ago and worked my way up to become Operations Manager in Australia for a mining tech services company.

After that I had a short stint with a not-for-profit where I also did operations before getting this job here at Hunter Water.

Describe a typical work day for you?

Generally I’m in the office looking at the future performance of the wastewater treatment plants in the area and determining our capacities and when we need to upgrade. Once I’ve done this, it’s then about going through and writing plans for those upgrades.

You’re quite vocal about promoting the engineering sector, what drives you?

I received some really good opportunities when I was starting out and was able to experience what being an engineer was like. Thanks to those opportunities, I was able to follow university through and ended up getting into the engineering profession. ‘

It’s because of this that I’m so vocal about it as a career. I want to give back a lot of those opportunities I was able to have.

Very similar to what I’m like now, although my partner would say I was a lot more country! I wouldn’t say I had any favourite subjects but I was quite sporty and did representative sport in two or three areas.

In terms of how my peers would describe me, I’d probably say focused.

What type of engineering work do you have the greatest passion for, and why?

Anything that positively impacts the community, like the work that I’m currently involved in. So things involving water, wastewater, sanitation, but also public infrastructure.

What was the most challenging engineering project you’ve worked on, and how did you overcome the difficulties it presented?

I once worked on a project across five different countries in eight different locations. Most of the people in those locations didn’t really speak English, so that was pretty challenging.

What helped us overcome it was going to the different areas and actually finding out what the key issues they were dealing with were. While the sites were very similar, there were very big differences, for example in infrastructure and labour, that affected how each location can solve a problem.

Who or what inspires you?

I would probably say my partner, she’s pretty inspirational. We both have very similar ideals, professionally and in life, so we sort of feed off each other.

In terms of people in engineering who have inspired me, there’s been a couple of mentors   I’ve had through my time who have helped me by offering both personal and professional advice and wisdom.

What advice would you give to your younger self as an engineering graduate?

What engineering resources do you use to stay on top of the latest news, technology and developments in the field?

Professional organisations such as Engineering Australia. I’m a member and actively involved in a few and they run a lot of CPD – continuing professional development – both in terms of webinars and in house stuff from a variety of speakers and topics.

Probably this one. Other than that, I’d say celebrity chef! I don’t think I’d be a good actual chef, dealing with tough hours and having to produce about 200 of the same dish. But being a celebrity chef would be great as you’d just get to create and cook cool things.

If you could live anywhere other than Newcastle, where would it be?

Lake Macquarie is probably not an appropriate answer, is it? I do quite like Brisbane, that’s a pretty nice city but, outside of Aus, let’s go San Francisco – you can do some cool stuff there.

What advice do you have for anyone considering becoming an engineer?

There’s less chemistry involved in chemical engineering! Other than that, networking again is really important as is staying connected with your peers. I’d also tell them to get work experience early, it can really make a difference.

The engineering life may not be as glamorous as being a celebrity chef, but it can be a great way to make a positive impact on the community. While the soft skills needed aren’t obvious,  it seems networking is definitely one worth developing.

Interested in making a career as a engineer? Call us for a chat today.